The last weekend of July marked my Granma’s 80th birthday so a few weeks ago I set about making a gardening themed cake that could hopefully withstand travelling 310 miles to Cornwall in two trains, a plane and a car. I hadn’t intended to blog this birthday cake but took some pictures before it made its epic journey just in case and I do get asked for celebration cake recipes so here is the BBC Good Food recipe I always use. I have a increased the quantities by 1/5 below to make a slightly deeper cake as I was concerned about the number of guests increasing once I’d bought the cake board and box. This 8″ cake fed 28 with party sized slices cut in a controversial grid pattern.

I haven’t gone into great detail with the sugar craft work as I’m not an expert and the recipe is long enough already! Tutorials on splitting cakes, crumb coating, applying sugar paste and making decorations can all be found on Youtube or google which I where I learnt everything I know. The only thing I would say is never store a sugar paste covered cake in an airtight container or in the fridge. It will sweat and no one wants a sweaty cake no matter how pretty it looks. 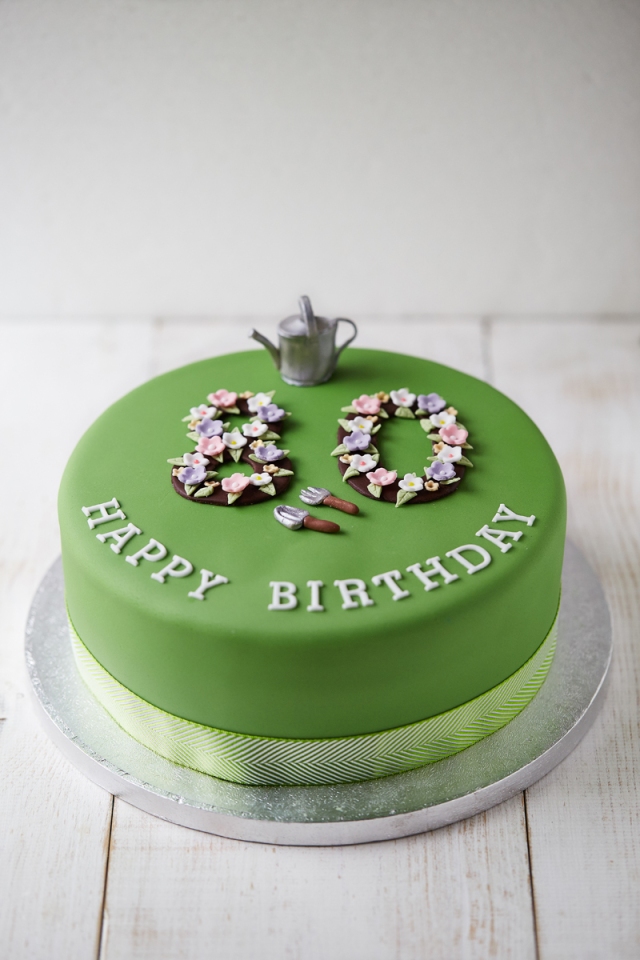 Heat oven to 160C/140C fan/gas 3. Grease a round, 20cm tin, minimum 8cm deep then line the base and sides with non-stick baking paper. Line the outside with brown paper or newspaper and secure with paperclips.

Using electric beaters or a tabletop mixer, beat the butter, sugar, vanilla and ¼ tsp salt together until pale and fluffy, then pour in the eggs, one at a time, giving the mix a really good beating before adding the next. Add 1 tbsp of the plain flour between each egg if the mix starts to look slimy rather than fluffy. Beat in the yogurt.

Mix the flours; then, using a large metal spoon, fold them into the batter, followed by the milk. Spoon the mix into the tin and bake for 1 hr 30 mins or until well risen and golden – a skewer inserted into the middle should come out clean.

Meanwhile, make the syrup by gently heating 50ml water with the sugar and vanilla in a pan until the sugar dissolves. Set aside.

Once the cake is out of the oven, leave to cool for 30 mins in the tin, then use a skewer to poke holes all over the cake, going right to the bottom. Pour the syrup over, letting it completely soak in after each addition.

Leave to cool completely, then either wrap the cake well or fill and ice it. If you wrap it with baking parchment and cling film, the unfilled cake will keep well for up to 3 days, or in the freezer for up to a month.

For the buttercream, put the butter into a large bowl. Beat with electric beaters for a few secs until pale. Gradually add the icing sugar, a spoonful at a time. Keep beating until the mixture is pale and creamy. Beat in the vanilla. Makes enough to generously cover a 20cm cake. Will keep in fridge for 1 week. Bring back to room temperature and beat well before using. If icing the cake with sugar paste, use only enough buttercream to fill and cover with a 3mm crumb coat layer.

Carefully split the cake into 3 layers and spread a 3mm layer of buttercream onto the bottom layer and then 2-3 tbsp of raspberry jam onto the next layer so sandwich the cake. Refrigerate the crumb coated cake for at least an hour before covering with sugar paste.

Roll out the sugar paste to 5mm thick and about 38cm in diameter then carefully smooth over the cake and trim the excess. Store in a cardboard box over night before gluing on any decorations.

Once filled and iced the cake will keep for around 5 days if it lasts that long! 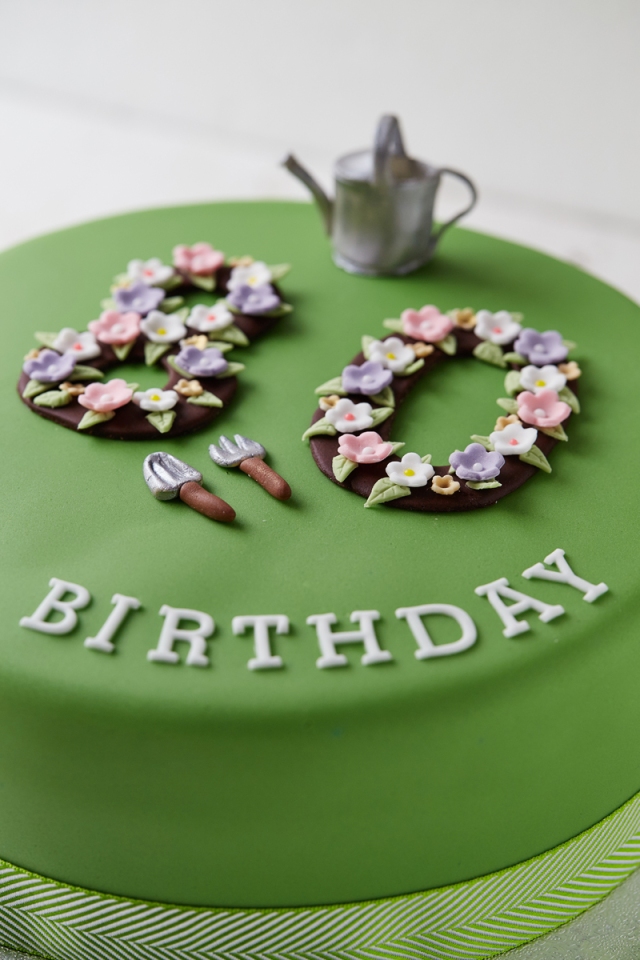