After chatting with my cousin last month regarding his flapjack disasters, he reminded me how tricky I found flapjacks when I was tasked with making them for the first time for the stall I baked for. I think it took me 5 attempts to end up with the following recipe and I learnt the hard way (sometimes quite literally) how crucial the oven temperature is to the finished consistency. Too high and you could break your teeth, too low and the oats won’t hold together.

Many recipes call for brown sugar but I found by caramelising the butter and white sugar mixture while it’s molten gives the same flavour. I also recommend using an oven thermometer as the in built gauges can not always be relied upon. 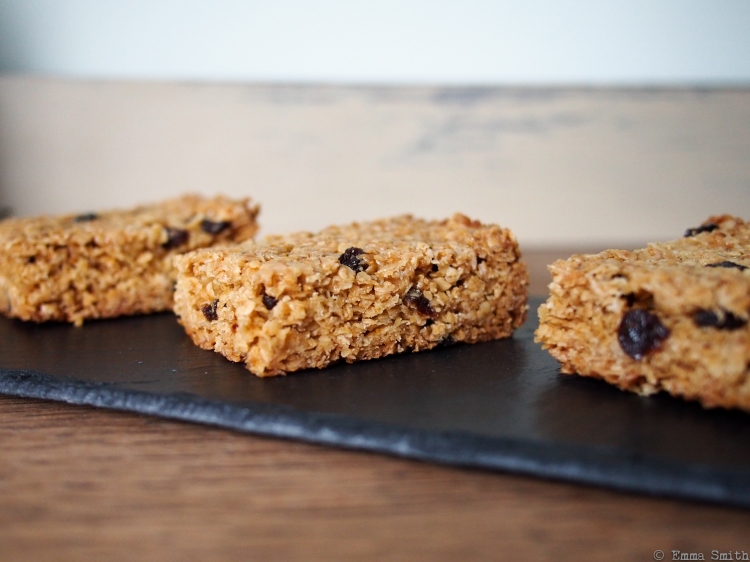 Melt the butter, sugar and golden syrup on the hob in a large heavy bottomed pan until the sugar has dissolved and the liquid begins to bubble and caramelize.

Remove from the heat and stir in the oats and sultanas, mixing until the oats are fully coated.

Pour mixture into the lined tin and press down with the back of a metal spoon to level.

Bake in the centre of the oven for around 30 mins until golden brown and leave to cool completely in the tin.

Once cold, slice into 18 with a sharp non serrated knife. 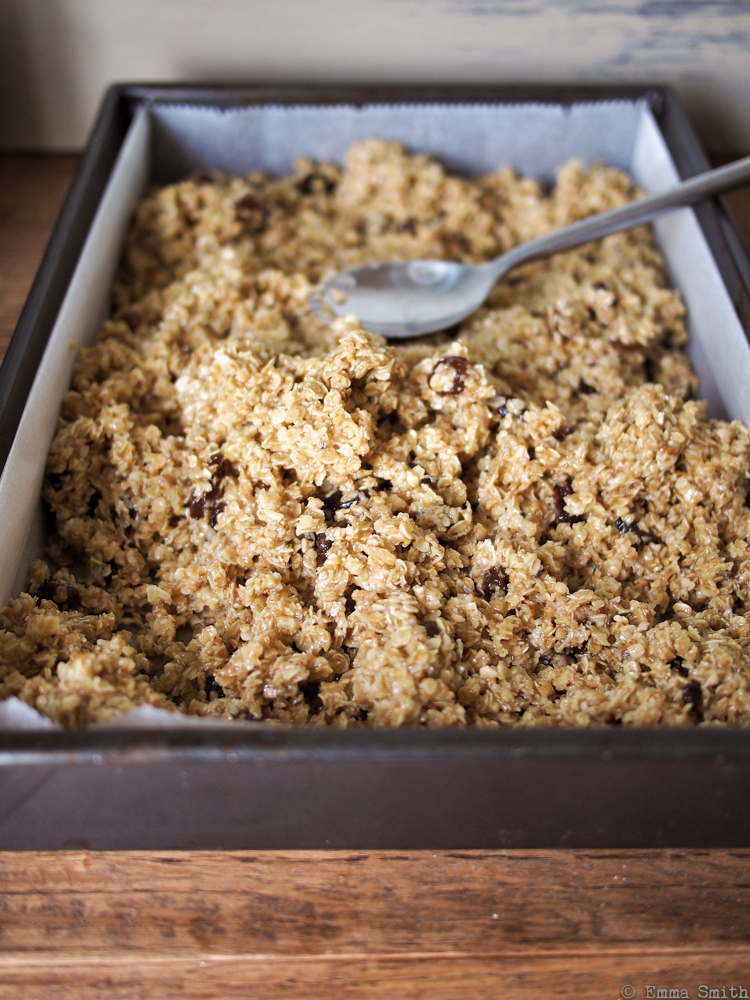